The schedule for the day is as follows:

We are also holding an optional field trip around Leiden's landmarks on Friday 12th April, starting around 14:00. Details will be shared with all attendees. 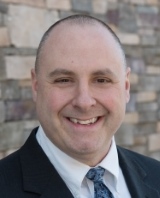 Dr Corey Olsen, aka 'The Tolkien Professor', is founder and President of Signum University and the Mythgard Institute. He promotes open courses for literature analysis, and frequently publishes free podcasts and seminars analysing Tolkien and other works. His book Exploring J.R.R. Tolkien’s The Hobbit was published in September 2012. Corey Olsen holds a B.A in English and Astrophysics from Williams College and a Ph.D in medieval literature from Columbia University. He has previously taught at Temple University, Columbia University, Nyack College and Washington College. 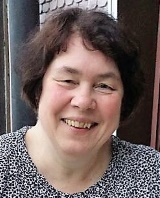 Renée Vink studied Scandinavian languages and German in Leiden and Göteborg and currently lives in The Hague. She translated several works by Tolkien into Dutch, among them his Beowulf, The Story of Kullervo, Beren and Lúthien and The Fall of Gondolin. Also, she is a co-founder and a committee member of the Dutch Tolkien Society Unquendor (1981) and has authored a number of papers on Tolkien for journals like Tolkien Studies, Hither Shore and Lembas Extra, and for some volumes in the Cormarë series (Walking Tree Publishers). In 2012 her monograph Wagner & Tolkien: Mythmakers appeared.  Her other interest, the Middle Ages, has resulted in a number of historical mysteries set in Holland, Scotland and the Holy Roman Empire. Thijs Porck is a cultural historian of early medieval England, with a background in medieval history as well as English language and literature. He teaches and researches Old English, Middle English and Tolkien Studies at the Leiden University Centre for the Arts in Society. He has published articles on Beowulf, Old English textual criticism and Tolkien’s Anglo-Saxon sources; his monograph Old Age in Early Medieval England: A Cultural History appears in April 2019 with Boydell & Brewer. He blogs regularly on www.dutchanglosaxonist.com.